On Wednesday we were given a talk on internet safety by Pat McKenna from Child Watch.
When the talk began I think the Transition Year group thought that it would be a repeat of the information we had been told many times; never share personal information online, don't put comments up about someone that you wouldn't say to their face etc. But we were very wrong. Instead we received an eye opening talk about the dangers of social media from a point of view we had not seen it from before. He showed us that privacy is practically non-existent on the Internet through an engaging and captivating talk that forced us to consider the repercussions of certain behaviour on the Internet. While he didn't discourage us from going online and benefitting from the huge network of information available on the web, he did demonstrate how we could be more safety-aware and cautious while using the Internet. 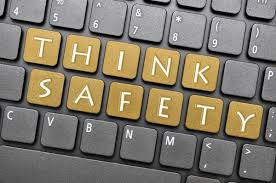 Pat McKenna showed us how easy it was for our phone to get hacked, and told us information about our beloved iPhones and social media that we had never heard of before. By just using his laptop he showed us how our personal information could be found by just being on social media. He showed us real life examples of people who had been hacked and exploited by gangs on the Internet. The stories we heard were genuinely astonishing. He told us one particular story about a woman he met once who was sceptical about the true dangers of the Internet. He was able to find her address and close family members as well as photos of her she had been unaware were even online in a matter of minutes all through public information he obtained from various websites. Another story he told us warned us that information about us online can have adverse effects on our employment opportunities in real life. The story was about a 4th year student who intended to go to a certain place for work experience. Everything had been organised and she was ready to go until the school got an email informing them that she had lost her place on the course. When they enquired as to why she lost her place, it was revealed that they discovered photos of her drinking with a boy at a disco despite being under 18. Obviously this story effectively illustrated dangers which us and the girl in the story had not previously considered. It encouraged us to consider if we could end up in a similar situation or if there is anything we could do to prevent ourselves ending up in one. 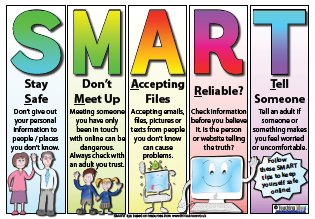 Pat also spoke a lot about our 'digital footprint,' a phrase which was new to many of us. Our digital footprint is basically comprised of all information, including photos and text concerning each one of us on the Internet. We have limited control over what is included in our digital footprint. An important part of the idea of a digital footprint is that it is very difficult to take back anything that is included in it. It's also impossible to keep the information private as Pat told us that we have little to no privacy online. This is primarily due to hackers, who can access a disturbing amount of information about us in minutes. When Pat asked how many people had anti-virus software on our phones, I didn't see a single person raise their hand. He told us that he once had a talk in a boys school where he brought his laptop and was able to hack everybody in the room's phone during the talk and project images from their phones onto the wall. I saw a lot of people worriedly clutching their phones in their pockets and glancing towards his laptop then to the exits while he mentioned this. To our relief Pat didn't hack our phones during the talk but he did warn that other people could using relatively simple programs. We were all encouraged to download anti-virus software onto our phones to keep our personal details and pictures more secure. More importantly he informed us that any information we don't want people to access should not exist on the Internet in the first place.

The lecture really opened my eyes to the dangers of social media and over usage of my phones which never seems to be out of my hand. I realised that I should be much more mindful of how I act online and I learned that many dangerous people can use the Internet in a negative way. Some of us initially just considered taking drastic action and getting rid of our phones altogether however we finally came to the conclusion that while we should always enjoy going online, safety should always be our number one priority while doing so. 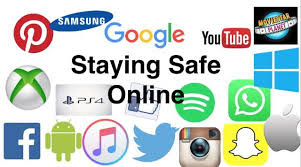