Raidió na Life - The Radio Station
During our time in Gael Linn, we studied and listened to different radio adverts before preparing our own. We all added to our vocabulary while preparing and we had lots of fun creating a radio programme. We got to play different celebrities as part of the radio program. Once we had produced and printed our final scripts we continued to practise our lines and our voices for the different people we had to portray. On the Wednesday, we walked down to Raidió na Life, which is an Irish-speaking radio studio. One of the staff there showed us how to use the different recording equipment and then in our groups we all took a turn inside the recording studio. Although he explained everything in Irish, we were, surprisingly, able to understand. We all found it very hard to not laugh when we were recording ourselves; eventually we managed to pull it off.

Lunchtime
Everyday, we had a 10 minute break, as well as a 40 minute lunchtime (we even had an extra 20 minutes on Wednesday to gobble down as many donuts as possible!!!)

Coincidentally, there were 3 deliciously tempting donut shops in our surroundings - Aungier Danger, which was simply indescribable, OffBeat, just beside the train station, which made donut-shopping extremely accessible, and Boston Donuts, which was full of huge, luscious, sweet, mouthwatering donuts. It’s safe to say we flocked to them at every lunchtime… we paid no heed to the calories…!!! All 16 of us lived on donuts for the entire week! We had millions to choose from… the choices ranged from butter-cream filled, lush, icing-topped Red Velvet ‘Crime Scene’ donuts to heavenly, rich ferrero rocher donuts. 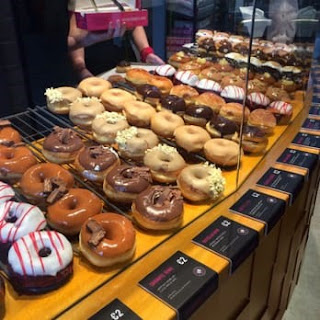 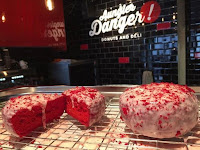 Movie Making
I think we can all agree that making an actual movie and editing it, was one of the highlights of the Gael Linn course.  We started off by getting into groups and then planning a movie around an Irish Sheanfhocail. Maggie, one the leaders showed us how to use the proper filming camera , although we all had no idea what she was saying because it was all in Irish, but eventually we just kinda got it.

We chose to base our major motion picture on the seanfhocail “Má tá tú ag lorg cara gan locht, béidh tú gan cara go deo.” which means, for those of you who cannot bring your brain to decipher the mind boggling code that is the Irish language, “If you are looking for a friend without fault, you will be without a friend forever.”

As you can imagine, it was not an easy task to write a movie script as Gaeilge. Armed with nothing but an old Irish saying and a professional camera, we were left to our own devices entirely. You’d be surprised what oscar-worthy scripts can be produced under time pressure with nine people and google translate! Once the script was written, we had the task of picking the actors. Some were more enthusiastic than others, let me tell you. After a few minutes of us shrinking back into our seats, our leading actors were volunteered. We all came out of our shells a bit during the filming process and I’m delighted to say that everybody appeared in the movie in some shape or form!! After editing our movies, they turned out to be quite a success! We all had a great laugh watching them, if nothing else.

Overall, we had brilliant craic during the week while brushing up on our cúpla focail as Gaeilge! 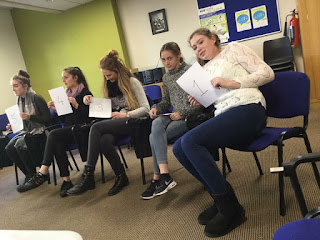 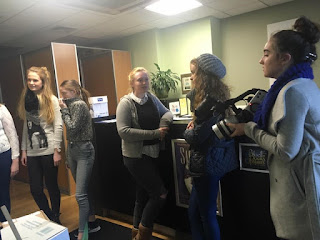 Posted by Loretobalbriggan at 13:01 No comments: