On Monday 19th and Tuesday 20th October 2015, TY students got to experience the work of a real forensic. It was a fun and interesting experience for our year group who took part in the workshop. There were many different activities and tasks to do.

The Logic Analysis
Since we were trained here as crime detectives, crime solving involved a lot of logic and proactive thinking. We were given secret codes and used a 'Caesar Cipher' to crack them and we were also given a riddle to decode.This particular riddle was created by Einstein himself! We were split into teams of four and the team who broke each code or riddle first, was awarded 'Smarties' for their winning efforts. When Einstein wrote this riddle, he said that only 98% of the world's population could solve it!

The Powder Analysis
We were given a selection of powder and we tested their characteristics. Some of the questions included; Does it dissolve? Does it change colour? Does it fizz? We were then given a mystery "potent drug powder" to analyse. By comparing the powder to our characteristics chart, the dangerous drug turned out to be a mix of baking soda and cornflour!

The Blood Analysis
As forensic scientists, we need to analyse different blood types and know the different blood groups to get a better idea of the blood samples left at a crime scene. We were given various anti-serums and blood samples to examine. We were given a task to analyse each of the suspects' blood, the blood from the murder weapon, the sample from the victim and the crime scene. This was a very interesting task since we learned more about different blood groups and what happens if you were given the wrong blood during a blood transfusion which is quite dangerous. At the end, we used our blood samples to identify the victim and catch the murderer.

Overall it was an interesting experience the whole year learned from and on behalf of Transition Year, we would like to thank 'Scientific Sue' for coming to teach us all about the art of forensics. 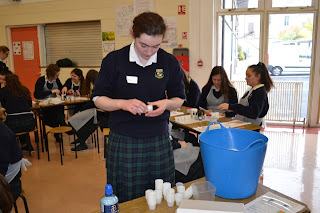 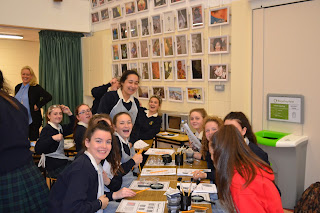 Posted by Loretobalbriggan at 05:03 No comments:

On Friday 16th October, a group of Loreto students participated in a sailing competition in Malahide. They had a wonderful time and received a multitude of awards for their great efforts.

The Loreto sailing team was split into two groups and out of the first group, six people went on to the next stage. The second group went out to sea and also managed to put forward six people for the next stage. These top six people from each group raced each other while the rest of the participants did some sailing with other Loreto students.

At the end of the competition there was a prizegiving to acknowledge everybody's efforts. Alix Buckley and Sophie Callendar are two Transition Year students that took part in the sailing with Alix Buckley winning 2nd place overall. The Loreto team also took home the first prize as a school. The team had an exciting time and look forward to their next competition. 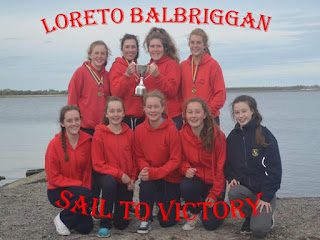 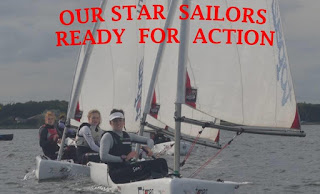 Posted by Loretobalbriggan at 04:49 No comments:

Tips and Tricks for a Perfect TY Module Poject

It’s the middle of October and project deadlines are coming close. As modules come to an end,         teachers expect to see the best of what you have learned through a project. By now, your projects are due soon and if you haven't started yet, don't panic! This is now your bible for the perfect project.

1. Timing
Take a 15 minute power nap before starting your project, this will give your brain a chance to refresh. Work quickly yet efficiently. Try to organise your time effectively so that you don’t have to do five projects in one week. Aim to work for an hour a day but feel free to work longer or shorter depending on how long to meet your deadline.

2. Quality
Teachers always check if the project is of good standard. If you're doing a scrapbook, make sure your gluing is clean and your project is pleasing to the eye. If you use PowerPoint, feel free to make your project interactive and engaging. Use pictures, videos, colour coded fonts and other visuals to capture the essence of your project.

3. Information
Make sure your information is clear to read, factual and relevant to your project. Use can use YouTube videos for a slide or two when presenting a PowerPoint. Don't use the copy/paste button! You should use your own words to understand your topic more. The teacher will also know that your copying and pasting information by the wording so don't risk losing marks!

4. Presentation
This is probably a nervous aspect of the project for some people. If you're a nervous speaker, take deep breaths before presenting and count to three and imagine the room is empty. Speak clearly and ask if the class has any questions at the end. Try giving your best answer to each question. Perhaps the night before you could look over your project and imagine any questions that the class might ask during your presentation. This will further show off your knowledge of the topic and impress your teacher. Try to avoid any mishaps like stuttering by taking a pause when you run out of words to say.

Here is a link to a helpful site (Prezi) that allows you to create and save your presentations online for free:
www.prezi.com 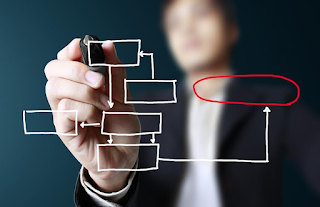 Posted by Loretobalbriggan at 12:39 No comments:

From the 5th - 9th of October, 4A, 4B, 4C and 4D had a wonderful opportunity to attend a Spirituality Workshop with four lovely former teachers passing on their wisdom to our year group. We began our morning with something extraordinary called a Yop. We talked about ourselves, learning how to accept yourself and to connect with the feeling deep within. We discussed very profound topics such as who we are and what affects our characters. We sang uplifting songs and calmed down with a meditation session afterwards. We learned more about the rich history of Mary Ward, the founder of Loreto and St. Ignatius Loyola. We finished with a reflection of the day, a peaceful prayer and also discussed how we felt about the experience. We would like to thank Anne, Stephanie, Siobhan and James for their time dedicated to enlightening us.

Posted by Loretobalbriggan at 12:19 No comments:

This year’s TY musical, "Seven Brides for Seven Brothers" kicked off with a bang last Thursday when over forty Transition Year students nervously gathered to audition for lead roles in the musical. The requirement for the audition was to sing the well known and loved song "Bless Your Beautiful Hide", which as you can imagine, is, quite a difficult song for teenage girls to sing considering traditionally it is sang by a forty year old man. As people shied away from the camera, their nervous anticipation engulfed the entire room.

The morning began with a few simple warm up exercises in preparation for the auditions. Throughout the auditions the nervous energy was evident but it was clear that this year’s production of "Seven Brides for Seven Brothers" will contain a huge amount of talent and promise! We are awaiting the next stage of auditions which will take place this Thursday, where the students will perform a monologue. We are sure it will be yet another display of promising talent! One of the members of the TY Blog (Aoife) recalled, "It was a lot of fun, I enjoyed auditioning as I love singing and I can't wait until the next audition!". 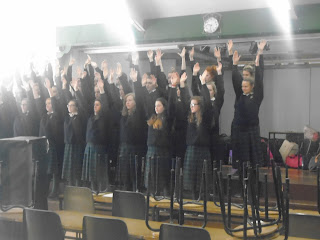 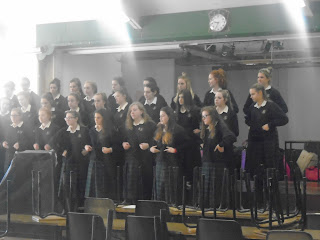 Posted by Loretobalbriggan at 09:25 No comments:

On 23rd of September, 48 students from TY went to the 85th National Ploughing Championships 2015. It was a great day out and we had lots of fun!! There were lots of stalls and we enjoyed our day as farmers in training. Ms. Mc Master and Ms. Briscoe allowed us to explore the 800 acre site. The weather was beautiful at the beginning of the day but it began to rain and we were thankful that we brought our wellington boots. It was a day full of Irish traditions which allowed us to become a part of Ireland's national culture. There were lots of well-known people there including Brendan Brogan and the President of Ireland - Michael D Higgins. 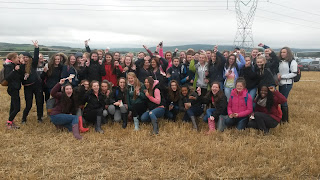 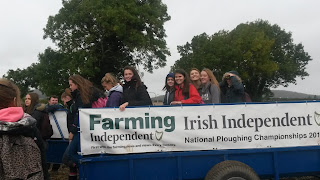 Posted by Loretobalbriggan at 09:16 No comments: