On Monday, October 9th, a group of 12 eager fourth years stood outside Art Room 2 waiting for our Photography Course to start. Most of us had no idea what to expect. Nevertheless, we were all very excited and keen to get started.

We spent the morning viewing photos that Tim, our instructor, had taken himself. He showed us very close up pictures of objects and asked us to guess what the objects may be. I underestimated this task and assumed it'd be quite easy. Then I found myself identifying a broken truck window as an ice cube and decided not to underestimate anymore of his tasks. He then asked, “who was the worst at drawing in the class”. I did volunteer myself but was a little dismayed to see all my friends volunteer me too. After I was chosen as the worst at drawing I had to draw out a house using a laser pointer to properly show off my terrible drawing skills. I'm not sure if my true artistic ability shone through as I drew it.

After this, we continued looking through Tim's photos. In a way, we got to travel the world as we looked through Tim's photos. He had taken many of them while travelling across Europe and Africa to reach South Africa. Each photo showed us an entirely different world to the last with many different cultures, lifestyles, and societies being shown. It was a genuinely moving experience.

On Monday afternoon we were given our own cameras and split up into pairs. We did not get to travel the world as Tim did, but we were free to go anywhere in Balbriggan we liked to take photos. When asked, I had rated Balbriggan a strong 2/10 as an area to take photos in but I quickly found beauty in places I had not seen before. It was as if, photography had allowed me to see the town in a way I had not viewed it before. We had to take a certain amount of shots that filled criteria such as 5 black and white photos and 5 photos of reflections. I was really happy with some of the photos I managed to get. We ran back to the school to return our cameras before 4pm.

The second day we played the same guessing game we had played using Tim's photos. Although this time I was expecting it to be hard, I still didn't exactly excel at it. I was certain a zoomed in shot of a bubble was really a massive cliff with a pink and purple waterfall. I was sadly mistaken. We also learned about perspective in photos and how to add depth to our photos. We looked at the different shapes and lines that make up every photo which I thought was a really interesting way to look at them.

Tuesday afternoon we had to shortlist our favourite ten photos we had taken the day before. Everybody's favourite ten photos were displayed on a board by a projector one at a time. We got a great chance to look at each other's work and offer advice and praise on them. As I was one of the last people to show my photos I spent the whole afternoon waiting in fear and feeling a certain twinge of envy every time somebody projected their own photos, as I wondered why I didn't have the same ideas they did. When I did get to show my pictures it was a relief but also an excellent learning opportunity. I got to hear exactly what I was doing well and what I could improve on.

Overall, I feel that the course massively improved everybody's confidence and skill in photography. Before the course, I didn't have a huge interest in it, but now I find it really intriguing. Everybody had a really wonderful time on the course and we know we won't forget it in a hurry. 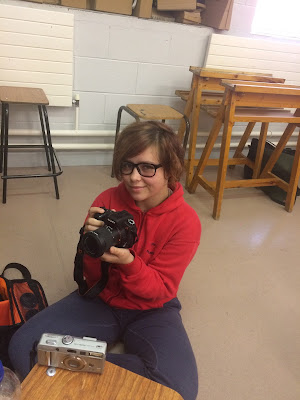 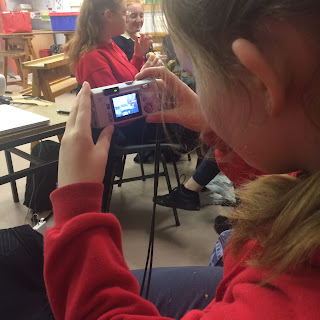 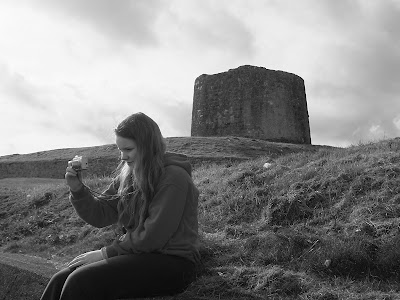