The TY Blog Committee has had another great year. We've recorded all our special memories and even gave out some tips and tricks for TY's to use. We hope we can look back on this year in time to come through the TY Blog. The TY Blog members would like to thank Ms. White, especially, as she pushed us to do our best and encouraged us to write memorable pieces!

Good luck to next year's team. 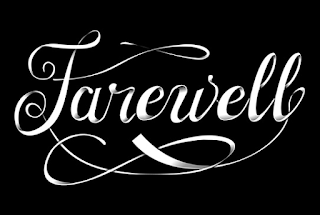 Posted by Loretobalbriggan at 12:24 No comments:

On the 29th of April, 37 TY students participated in the Gaisce Adventure Journey which took place in Carlingford and consisted of a 31 kilometre hike. The hike overall took 9 hours to complete. Every student contributed to cleaning up and preparing the meals throughout the journey. This year the TY students got very lucky with the weather which kept us in high spirits throughout the hike. We would like to congratulate everyone who took part on their fantastic achievement. 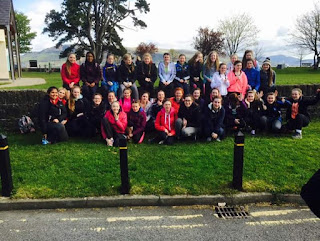 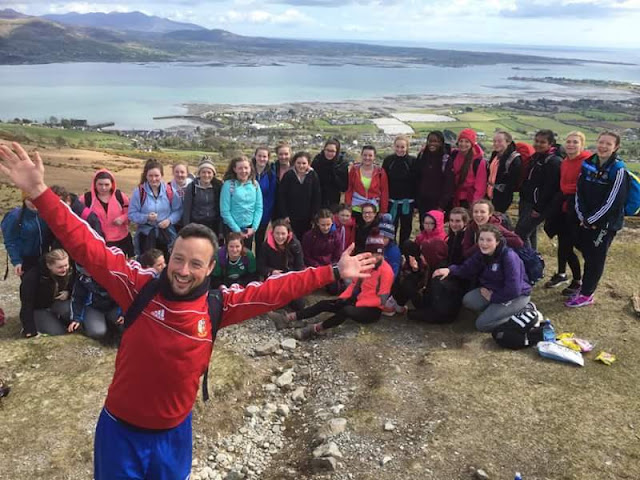 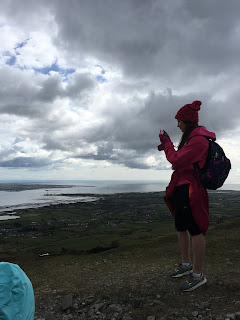 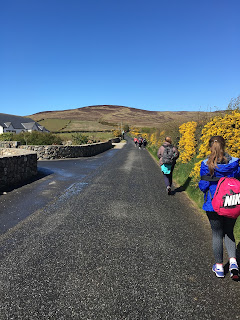 Posted by Loretobalbriggan at 11:17 No comments:

Well done to 'Ethereal Dreams' designed by Dagmara Dobkowska which lit up the stage of the massive 3 Arena. She blew away the judges with her design and was awarded the Junk Kouture Hair and Make-up Prize along with 200 euro worth of vouchers for Blank Canvas Make-up. It was a night to remember and the supporters enjoyed this exclusive event. 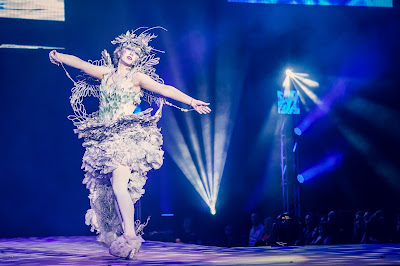 Posted by Loretobalbriggan at 03:09 No comments:

Bring Your Brain Back into Study Habit

Believe it or not, Transition year is nearly over and it's time to face the music and bring your heads back into the books. Here are a few helpful tips on getting back into the study habit.

2) Invest in colourful stationery: This will not only brighten up your notes, but your brain will associate the colour of the notes with a certain subject or section you learned, making you more likely to remember the information.

3) Create a study timetable: If you organise your time into regular 20 minute study sessions instead of 6 hour monstrosities to prevent cramming in information and allow time for much needed breaks.

4) Take regular breaks: Taking a break such as listening to music, exercise  and reading allows you to process all the information you have studied over your study session. 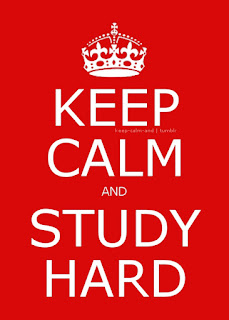 Posted by Loretobalbriggan at 03:07 No comments:

The TY Musical, “Seven Brides for Seven Brothers” was held from the 19th - 22nd April. Transition year students performed exceptionally well each night with the help of the Costume and Make Up Team, PR, Set Design, Props and Lighting. The leads, Katie Phelan and Niamh Price worked well together on stage and the chorus’s performed well by dancing and singing. Overall, the musical was remarked as "funny and creative" by the people who watched it.

The TY musical would like to thank all the teachers who were involved in the preparation of the musical. 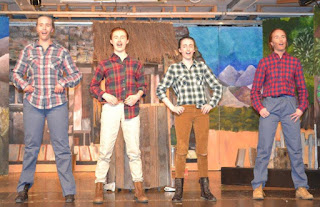 Posted by Loretobalbriggan at 12:14 No comments:

On the 16th of April, a team of transition year students went to the Criminal Courts in Dublin to compete in the Semi Final Mock Trials. We had prepared two cases which we would try to win in a series of three court sittings. Before it began there was an opening ceremony which introduced us to the barristers who would be our judges for the day and the importance of the competition. We faced Eureka as the prosecution and won the jury's verdict but not the Judge's in a close battle of scores.

We won our next two rounds as defence against a school from Portlaoise and another school from Galway. All the schools we competed against were great opponents and really friendly people. It was a great day and we all wanted to do it again but unfortunately we did not make it through to the finals. However, Grace O'Driscoll won first prize as court photographer which is a huge achievement within the Mock Trials.

On behalf of the Mock Trial team, we would like to thank Mr. Daly and all the fifth and sixth year students that helped us prepare, gave us insight and encouraged us on the day. 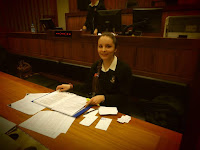 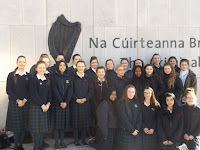 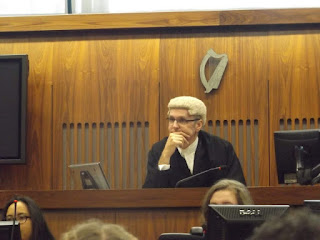 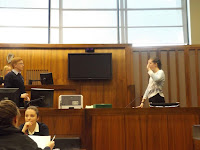 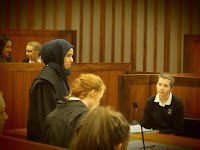 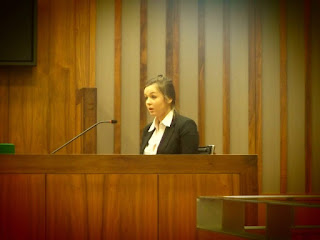 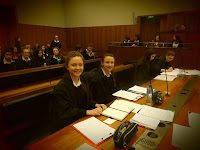 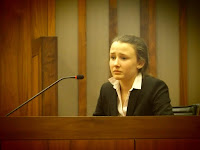 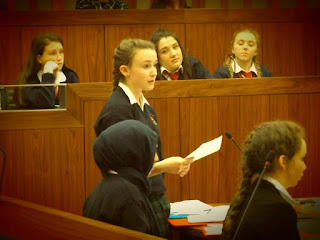 Posted by Loretobalbriggan at 12:08 No comments:

I am a witness (Briefni Breathnach) in the Mock Trial case. My role as a witness is to testify at court about the events that occurred on the day in question. Preparation for this includes learning my script off by heart and this, therefore, gives an air of professionalism on the day in question. I have to be ready for any questions that make me seem guilty and to make sure I can be sure the jury will prove me innocent. I look forward to going to trial on Saturday 16th April.

The Busy Barristers
As part of the Transition Year mock trial auditions, there have been central roles assigned to barristers. These are students who present the case in court and who either take the side of the defence or the prosecution.  This year, the barristers are Amelie Bates, Mahnoor Choudhry, Maria Louise Fufezan and Orla Thompson. They are working on either prosecuting or defending the witnesses of their cases.  This years' cases are the Pat Parker and the Jackie O' Faolain cases. The Pat Parker case refers to a referee/ P.E. teacher who allegedly assaulted Chris Connor, a student and player in the match on the day in question. Therefore, the barristers must speak to the witnesses of both the defence and the prosecution and portray Pat Parker as either guilty or innocent, depending on their side. In the Jackie O' Faolain case, the barristers must either defend or prosecute the accused, with the initial statement being that Jackie O' Faolain assaulted Breifni Breathnach during a conflict that resulted from a road incident. At the moment, the barristers are working closely with the witnesses, in order to make sure that;

Also, the barristers have to prepare opening and closing speeches for the defence and the prosecution. In these 3 minute speeches, they try to outline their strongest points in the hope to persuade the jury members and the judge to believe their side of the stories.  The solicitors are also very helpful in undertaking research for the barristers and in advising them and their witnesses.
This years' TY mock trial team guided by Mr. Daly is hopeful that Loreto Balbriggan can get a high position in the competition that will take place on Saturday, 16th of April in the Four Courts in Dublin, if not even get through to the finals that may result in travelling to America for the international stage later this year.
Posted by Loretobalbriggan at 11:56 No comments: